Film Tutorial: How do I administer Groups in UCS?

The film tutorial explains the concept of groups in UCS in general and guides you step by step through the topics of how you create and link groups, how you assign users to a group and how you set up the “helpdesk group”. Therefore, you first get an introduction to the module “Groups”, which can be found in the “Users” section of the UMC. The module allows you to adjust all group settings. Further we explain why it’s clever to install the pre-configured “help-desk” group, which has only the function to reset passwords of users.

Tutorial: How to administer groups in UCS

Group administration is a central component of UCS. Whether it’s for access to the UCS portal, printers, or files, users’ authorizations in UCS are defined by their group memberships. For example, if a user is to access a printer, that user must be a member of the corresponding group. This is especially useful in large environments. You don’t have to create the permissions and access rights of each individual user, but only manage the associated group. The group administration reduces the administrative efforts required when mounting new services to the central IDM especially if these services can be made available to defined groups in one go.
Another considerable advantage is the fact that groups are stored in UCS’ LDAP so the groups are all identical and can be used in the same way on all UCS systems. 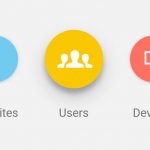 How to administrate users with UCS

User administration is a key feature of UCS and can be accessed through the „User“ module. This article and the corresponding How to film explains its primary functions.