Michel Smidt
From our Development, IT in Schools, Univention Blog
0

The UCS@school team released the 4th version of the UCS@school app a few weeks ago. It is technically based on UCS 4.4 and brings some new functions as well as various adjustments and improvements.

In this article, I would like to give you a short overview about the most important new features for administrators and users, especially in the exam mode, computer room and laptop class control, single sign-on and printer control. Very interesting is the new ID-Connector, which enables data transfer between federal state directories, school district directories and school directories.

The class test mode has been further developed. In particular, a number of usability improvements have been made that make it much easier to carry out an exam.
For example, folders can no longer be renamed or moved, there are security questions before the exam mode is completed, and computers no longer have to be restarted (for more information to configure the exam mode, please refer to our user manual).

We have newly introduced the role “teacher computer”, so that teachers computer for example are excluded from network blocking and filtering rules during exam. 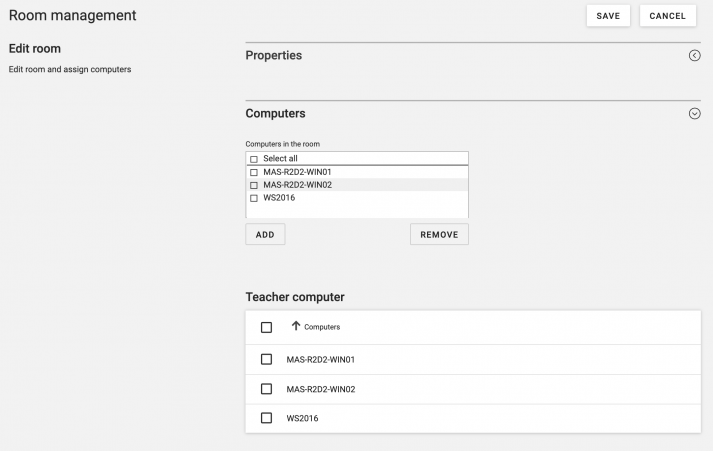 With the UCS@school ID Connector you can connect different UCS@school systems and thus enable a uniform user identity (user name, password and other school data such as school and class membership) on all connected systems. The connector was developed to map common use cases of federal states and school districts in which UCS@school is not only installed at school districts but also at statelevel as the Identity- and Accessmanagement solution. The benefit is that user accounts are synchronized automatically and without delay. Furthermore, local school districts and schools are further relieved of the time-consuming and error sensitive user administration. 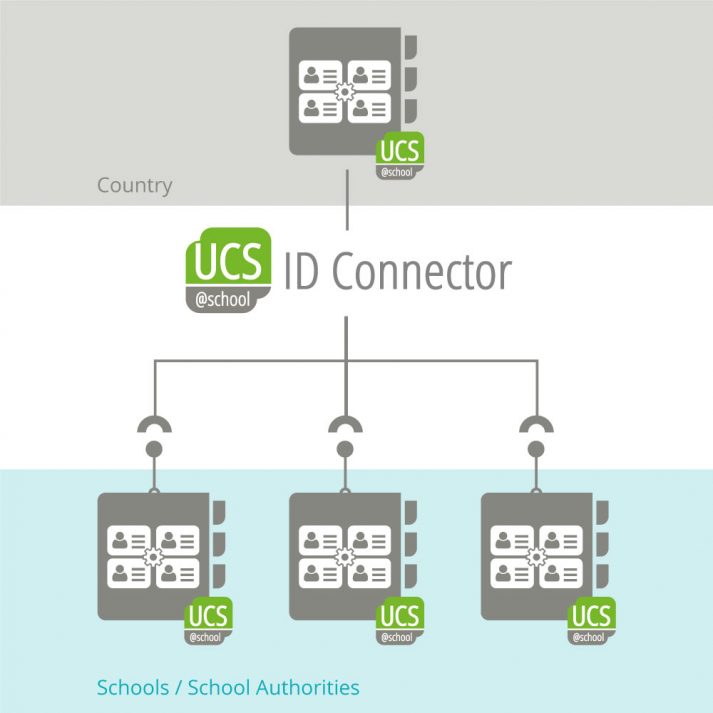 In addition to these functions, I would like to introduce you to some technical innovations in UCS 4.4 that are interesting especially for use in schools. You can find more information in the article “Third Point Release for UCS 4.4” by my colleague Ingo Steuwer.

As always, the errata updates of the past months have resulted in many small and large innovations, which we have collected and released with the release of UCS 4.4-3. read more

SAML Kerberos authentication can now be restricted to certain IP addresses, for example to configure Kerberos authentication only from internal networks. This simplifies the configuration of the Single-Sign-On with the school portal. Users now only need to log on to the Windows desktop once and are then directly logged in to the school portal and all applications connected via single sign-on (e.g. Nextcloud, Owncloud, WebUntis or rocket.chat). For further information, please refer to the UCS documentation.

The distribution of the correct printer drivers and printer settings to Windows clients are often confusing and therefore error-sensitive. Unfortunately, the manufacturers’ extensive documentation and instructions do not usually make the overview easier. In some cases, it is even necessary to change the printer drivers provided by the manufacturer in order to distribute them through Samba printer shares and set the correct settings.

We have gone through a few cases in recent weeks and documented the processes in our forum. You will find the link to this documentation directly in the Univention Management Console under the menu item “Printer Shares”.

The status described in the documentation makes it much easier to set up most printers. Nevertheless, we are also interested in improvements. Which printers are you currently using, which drivers can you recommend? How widespread is the alternative approach of addressing printers via the IPP protocol on Windows clients – have you had any experience with this? Please feel free to share this with us and other readers in the comment section.

Many of the applications in the App Center have been updated in recent weeks and months. In total, we have made around 20 apps available in updated versions in the App Center.
Two exciting new apps for school applications are Wekan, an alternative to Trello, which allows you to manage tasks and projects via kanban boards and keep the data on your own servers, and Zammad, a professional ticket system that allows you to keep track of requests and thus implement central support concepts, for example.

A very intuitive tool for the task and to-do management. Ideal for collaborative work in teams. 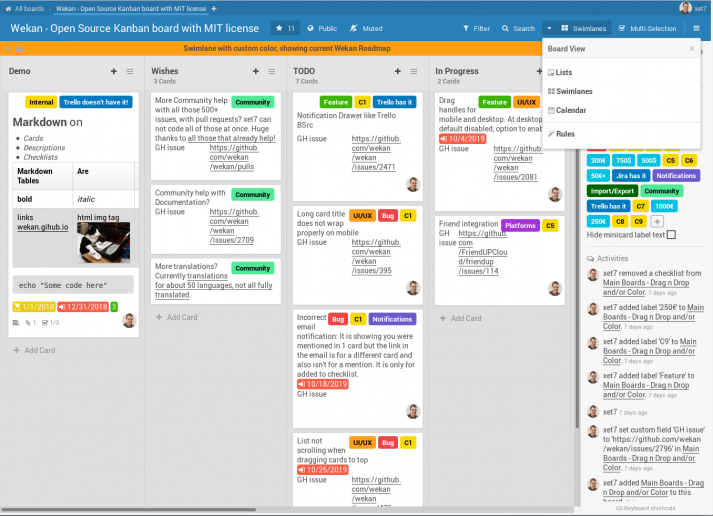 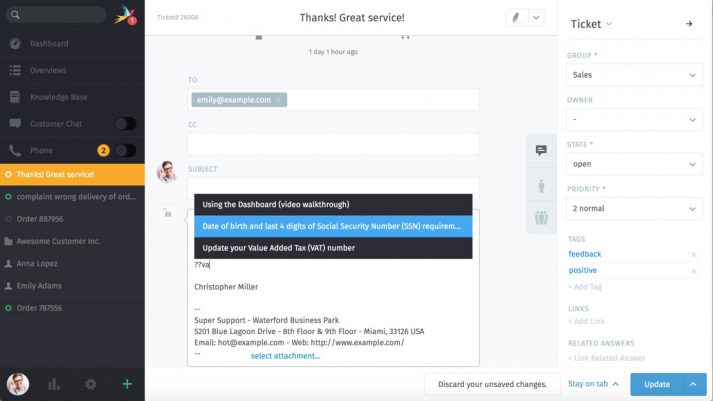 For further information please have a look at the release notes(only available in German):

As always, we would be very pleased to receive your comments. You can also send us any direct feedback by e-mail.

Michel joined Univention in January 2014, initially working in the Professional Services team as an education project manager. Here he was involved in various projects in the school administration environment. Currently, as Product Manager Education, he is responsible for the entire education sector at Univention and is working on sustainably advancing digital education in Germany. When he finds time next to family and work, his personal interests are running, football and cooking.