It has taken a while, as we had to make Nextcloud 16 compatible with the version of PostgreSQL (9.4) in UCS, but here it is: Nextcloud 16 is now available on the Univention App Center!

Aside from the significant improvements in Nextcloud 16, this version also delivers two much requested features: a secure LDAP connection and SAML SSO support. Both simply require the sysadmin to enable them, everything is pre-configured! Nextcloud is just the second app in the App Center supporting this easy SSO setup.

As you’re most likely aware, Nextcloud is a great solution to build a private document collaboration and file exchange platform with. There are literally hundreds of thousands of Nextcloud servers on the web and it recently hit the news that several European governments including Germany, France, Sweden and the Netherlands have deployed Nextcloud for their employees. Univention makes using Nextcloud extremely easy!

The Nextcloud 16 release brought a lot of big improvements to Nextcloud users:

* 🤖 Machine learning is used to warn of suspicious logins

* 👍 Recommendations help you find what you are looking for

* 📅 Projects offer an easy way to relate and find information like files, chats or tasks

* 📢 Talk 6.0 lets administrators define Commands which users can call from the chat

As this release brings so many improvements, we’ve written 4 other blog articles with more details about the main features:

The addition of StartTLS means that Nextcloud will use an encrypted connection to the LDAP server per default. It is recommended especially when Nextcloud is operated on a dedicated UCS system that does not have a local copy of the directory service. In this case the LDAP connection needs to go over the network and securing the data transfer with TLS is of course advisable.

SAML is a protocol for Single Sign-On (SSO). The Nextcloud app will now pre-configure it per default, so that an administrator just needs to turn it on. Nextcloud thus now supports both TLS-protected LDAP and SSO. This makes Nextcloud the second app in the App Center that allows very easy SSO setup! 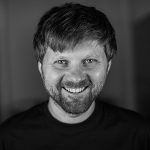 Arthur is Senior Software Engineer at Nextcloud, and responsible for the integration into UCS, the LDAP backend, or Flow amongst others. He is involved in free software for almost 15 years.