On the way to perfection.

The first point release of UCS 5.0 brings further important features and tops off the major release from May. The announced Light Theme is now available as an alternative for the user interface. There were improvements in the UCS Portal and App Center, and a number of other apps are now also available for UCS 5.0.

With the release of UCS 5.0, we already announced a Light Theme as an alternative to the Dark Theme configured by default and released it as an errata update in mid-September. Administrators can enable the Light Theme globally for all users on a UCS system via UCR variable. Details and help for switching the theme for the UCS web interface can be found in the UCS manual. 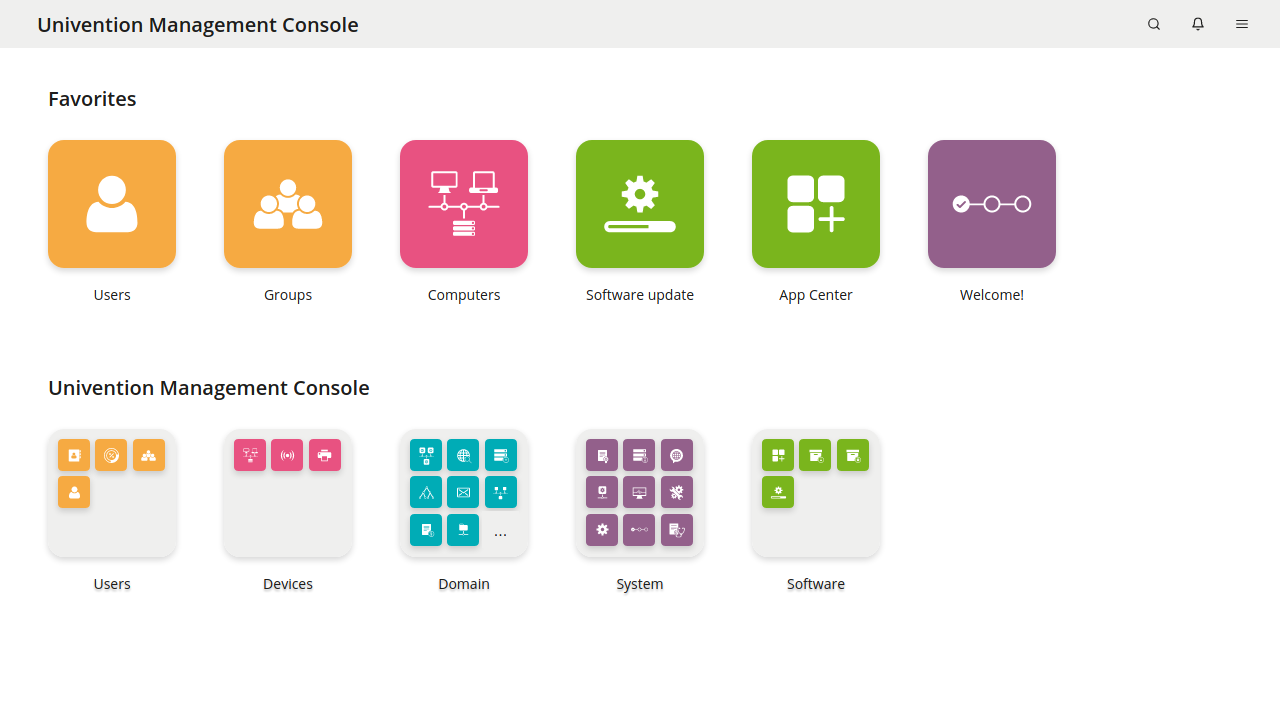 We have implemented a whole range of improvements for the UCS Portal in the last few months. I would particularly like to highlight the improvements for accessibility. The portal can now also be operated and edited entirely using a keyboard.

For more individualization and usability, portal users can arrange their tiles individually themselves. And UCS administrators can now also assign certain tiles to user groups, so that only users who are in the corresponding user group will see the tile.

Many improvements happened at the detail level, for example:

For app developers, there have been some improvements in the App Center. I would like to highlight the App Settings area. Apps can request configuration settings from administrators via App Settings, which are passed to the app.

There was an issue with the timing of evaluating App Settings and passing it to the app. To work around it, containerized apps often reinitialized their containers during installation. With the improvement in the App Center, this is no longer necessary.

For the creation of users, there is a wizard in UCS that asks for all the required information.

Administrators can specify additional attributes as required for a user account in addition to those already required, such as last name, user name, and password, for example, the e-mail address.

As soon as additional attributes are defined, they are now also displayed in the UCS 5.0-1 wizard when users are created. This guarantees that administrators can also assign customized values for these attributes and not only the default values are used.

Since the release of UCS 5.0, more apps have been added, which are already available for UCS 4.4.

The complete list of all improvements and bug fixes for UCS 5.0-1 can be found in the release notes. As always, if you have any requests or suggestions for improvements, please feel free to provide feedback – here on the blog or on help.univention.com.