In larger environments with thousands of users, you can often find multiple Domain Controller offering authentication and authorization services. For Windows-based endpoints, UCS utilizes Samba 4 to provide these services. In between the different Samba 4 servers, UCS uses the Domain Replication Service (DRS) to keep the server data synchronized. While Samba 4 does a superb job in replicating the data, there are some tweaks you can utilize to optimize the replication, to provide better performance in distributed environments. Let us have a look!

When installing a second or further Domain Controller (DC), you join the server into the domain created by the UCS DC Master. The join process automatically generates relationships between the servers and takes care that the data gets synchronized between the servers. The synchronization of Samba 4 can take the topology of your network into account.
By default, each server prefers as many direct connections as possible, even if that is not the most efficient way to talk to each other.
Let us imagine a scenario with 4 servers — one Master and one Backup in a central office and one Slave at each remote location. When going from one remote location to the other one, all connections are routed through the central office, where the firewall introduces a significant penalty on these connections. However, data introduced in the first location still replicates from the Slave to the Master and Backup and to the second Slave. Only in case there where no direct connection from one Slave to the other is possible, the server would replicate the data indirectly. This replication scenario is called the full mesh replication. 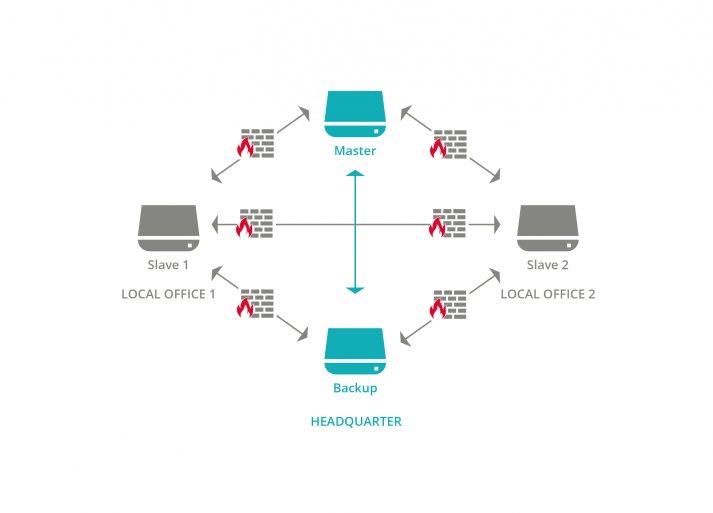 In environments with 4 to 6 Domain Controllers, this works out of the box and reasonably well. Once the topology gets more complicated than a simple star around a central office or the number of controllers grows, the simple default might not produce the most optimal results. In this case, you can switch to sparse network replication. If we go back to the scenario above, the difference would be that the offsite server would not at all talk to each other. Instead, all communications would run via the central servers. In more complex scenarios, this can significantly reduce the background chatter which limits the replication load on both the network and most of the servers. The downsides are that any segmentation of the network has more severe results than the full mesh, and some central servers might experience higher loads.
Further, during topology negotiations, you might also see load spikes while the server determines the optimal paths and whether they can reach more than half of all servers. Thus, the sparse topology only makes sense when the reduction in the replication load is more significant than the additional topology load. Thus the positive effects typically are only seen with 7 or more servers or in complex networks.

To switch to the sparse replication, you should switch one UCR variable on all servers.
<pre>ucr set samba4/kccsrv/samba_kcc=yes</pre>

Please note, if you only set it on some of the Domain Controllers, you combine the downside of both topology methods. 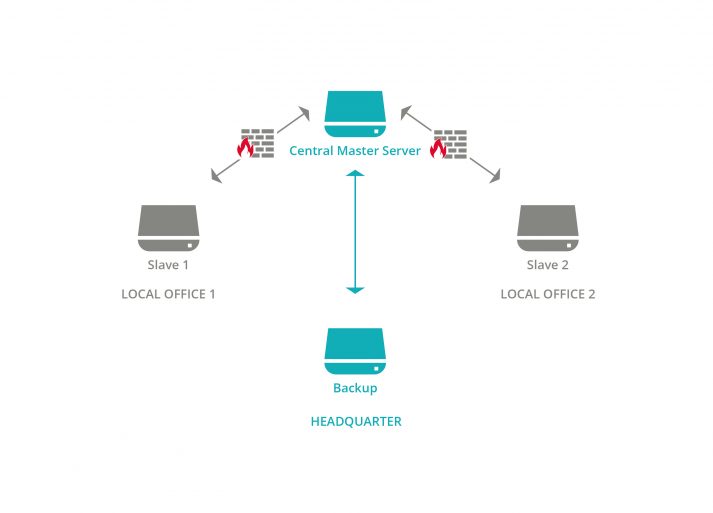 How UCS synchronizes Linux/Windows IT Infrastructures with Samba AD

UCS bridges the Linux/Windows worlds. But how does the synchronization between UCS and Microsoft Windows actually work?

Within the new topology, there is the option to optimize the replication further. Utilizing Active Directory Sites enables you to define replication preferences and thus to cluster the replication. For example, if you have a central office with two servers and a satellite office with two more servers, placing each location in a dedicated site ensures that there is only one connection between the sites, even if there is little delay. This reduction is especially advantageous over metered connections with numerous users in multiple sites.

While the site itself already reduces the traffic, you can further enforce a more central approach by defining links between the site. Samba creates new sites with a default connection to the first site. Thus, you get a clear star topology. However, you might have scenarios where multiple hubs link the sites.
Grocery chains are a good example. Chains often organize their stores in regions with IT located in the regional offices. Thus the connections go from the central office to the regional headquarter. From there, it branches out to each store with its cash registers and computers.
Creating links between the different sites enables you to mirror this underlying topology.
You can access the settings for the site through the Active Directory Sites and Services snap-in in the Microsoft Management Console (MMC). Here you find the option to create the site as well as to organize them and assign weights to their connection.
Please note, if all servers at a hub like our central office are down. The other servers will connect to a server higher up in the topology, no matter the cost. This behavior ensures that your system is always building up a working topology as long as a connection is somehow possible. 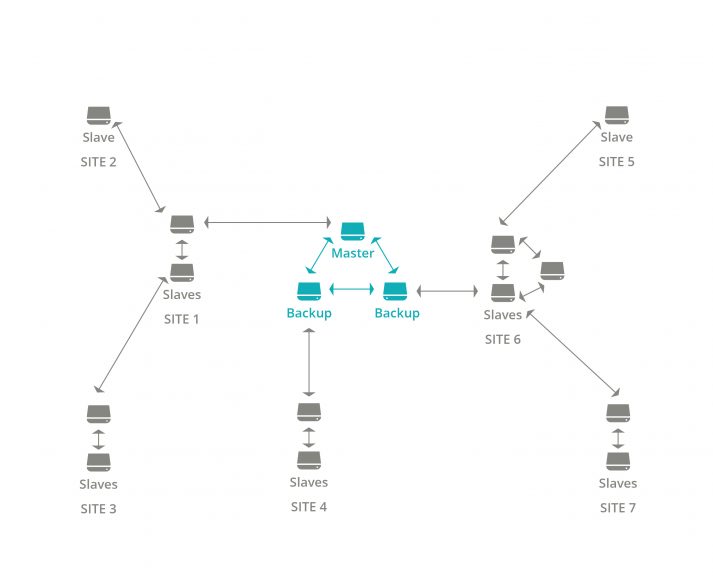 With UCS generating a rapidly responding network is simple. With a few chosen settings, you can optimize your performance while keeping the multi-server reliability you need.