News from the Univention Development Team 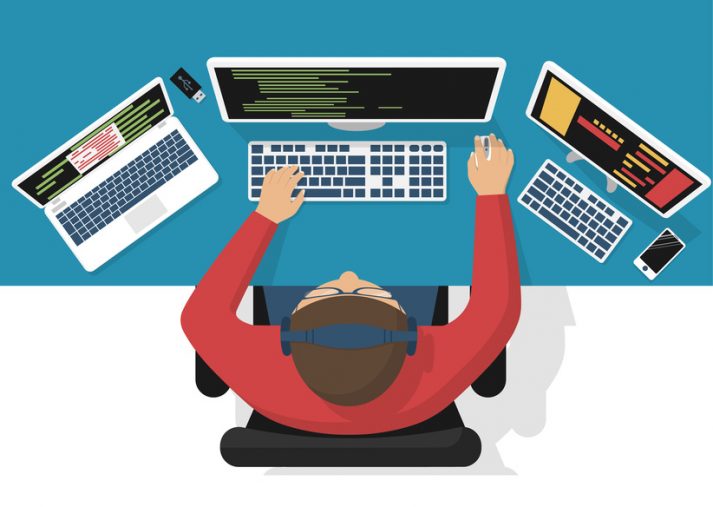 Once again it is time to inform about the latest activities in our development department. Let’s start with the UCS portal.

The portal is the starting point for many UCS users and administrators. As described in the blog article “How to Configure the UCS Portal Easily with Drag & Drop“, you can adapt it very easily to your needs. Until now, the categories were always static. By popular request, we have now extended the portal so that you can now define your own categories. In addition, you can add static links to the portal, e.g. also link an imprint there.

In many environments different users are not shown the same tiles. To do this, the group members for whom a particular tile is displayed are stored in the tiles. Previously, you could only assign each tile to one group. We have also adapted this so that you can now assign several groups to each tile. As soon as a user is a member of one of these groups, the corresponding tile will be displayed.

Improved Scrolling in the UMC Module of the App Center

We have improved scrolling in the UMC module of the App Center. It could happen that when opening an app the new page was not opened at the upper position. We also adjusted the scrolling in the UMC LDAP Directory module. Both areas can now be scrolled independently of each other. This allows you to work better with both modules.

UVMM is primarily used to centrally manage KVM-based virtual machines. We have adapted UVMM so that you can configure whether a live migration is allowed or not with different CPU types of the host systems. You can and should use this especially if you use incompatible CPU types in an environment. Further details can be found in the text for the corresponding update: http://errata.software-univention.de/ucs/4.3/269.html http://errata.software-univention.de/ucs/4.3/269.html

Previously, when the SSL certificates were renewed, the old certificates were automatically invalidated. We have adapted this behavior. This means that the old and the new certificate are valid at the same time, giving you as the administrator more time to exchange the certificates. More details can be found in the erratum announcement: http://errata.software-univention.de/ucs/4.3/244.html.

We already updated the Domain Join Assistant for Ubuntu in mid-September. There were difficulties to join the UCS domain if it ended on .local. Information about the current version can be found at GitHub: https://github.com/univention/univention-domain-join/tree/ubuntu18.04.

When joining in Microsoft Active Directory domains, it could happen that the join was not successful if LDAP Server Signing was enabled on the Active Directory Server. We have adjusted this behavior so that domain joining works in this situation as well. More details can be found at: http://errata.software-univention.de/ucs/4.3/265.html.

We have also released several security updates for UCS 4.2 and 4.3, including for the Linux kernel and Python.

We have made very good progress with the OpenID Connect Provider. So we could already successfully connect some applications like Nextcloud or Jenkins via OpenID Connect.

At the same time, we have started planning for the next UCS release.

What are your wishes for the next UCS Release?

We are looking forward to your feedback! Either here directly via the comment field or via our feedback form.