With UCS 4.2-1 the first point release for Univention Corporate Server 4.2 is now available.

It includes various detail improvements and error corrections. Some of the most important changes are:

We also placed great emphasis on improving the user-friendliness. So from now on you can configure, for example, the font color in the online portal. This is especially useful when a dark background image has been configured. 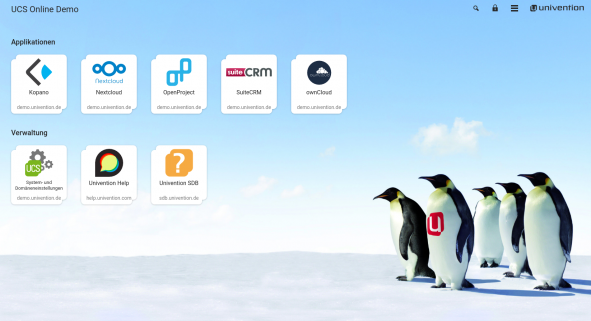 Enhancements to the UCS Setup wizard will now help you to set up app appliances as well as to join UCS into an existing Microsoft Active Directory.

In addition, the integration of Docker apps has been further improved in the Univention App Center, so the system now responds better to error situations.

This and other information on new features, security updates and detail improvements can be found in our