A huge opportunity for digitalization of not just the administration!

Last week, the project “Sovereign Administrative Workplace” was officially launched at the Federal Ministry of the Interior and in the presence of the Federal CIO State Secretary Markus Richter: Working together with Dataport and a number of other manufacturers from the open source ecosystem, Univention is developing the software for the administrative workplace of the future.

It will enable the administration to work efficiently and comfortably and, thanks to complete openness and a lack of dependencies on proprietary providers, improve and accelerate the digitalization of the administration as a whole. The participating manufacturers each supply their best components, which have been long and successfully tested on the market. This will result in a new platform and Univention will coordinate the technical realisation. 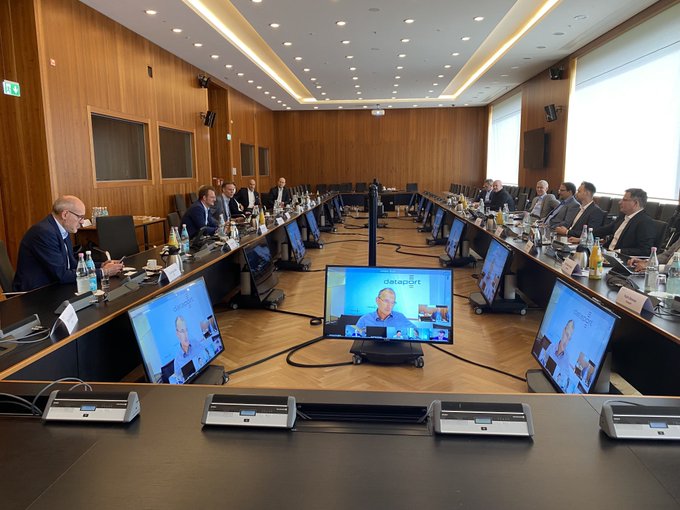 The workplace: the linchpin of digital sovereignty

Digital sovereignty means the ability to control and shape. For both, the IT systems that shape the workplace play a decisive role:

Security and control capability: the digital workplace is the place where all administrative information converges and where it must necessarily be available unencrypted so that it can be read, understood and processed. Whoever controls the software for working with the digital workplaces of industry and administration therefore has access to all the information that is processed there. This access makes it possible to control and influence information flows. It is therefore important for states to be able to exercise this control themselves.

Shaping capacity: We are in the middle of a years-long process to digitize the administration and today no one can say with certainty which systems will be used in administration over the next 10 years and how they will communicate with each other. What we do know, however, is that we have to enable these systems to communicate with each other in a simple but controllable way and to exchange data in a straightforward manner. Otherwise, we will not be able to use new, useful systems and digitalization will fail, as it so often does today, due to incompatibility and a lack of interfaces. 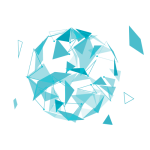 Our vision: How we can achieve digital sovereignty.

The digital workplace plays a central role here: whoever controls the necessary interfaces, controls which solutions can be used at all in the future at the workplace or with information used at the workplace and whether and how such software or cloud services can communicate with other systems. This means that without the ability to freely design software and cloud services for the workplace, there is no control over the interfaces and thus considerable limitations in the ability to shape digitalization. That is why software and cloud services for the provision of the digital workplace must have open, standardised and freely developable interfaces.
Such a standardised platform, which creates a non-discriminatory basis for all providers on which specialised procedures can build on, creates an ecosystem of its own that cannot be dominated by particular interests and thus enables investment security and a demand-driven evolution of the components.

With their interfaces and user interfaces, the software solutions and cloud services for the provision of digital workplaces that dominate the market today, represent a huge platform with a considerable platform effect. User organizations often have no alternative but to use these corresponding solutions as only this guarantees that they will be able to use important application software and specialised procedures. And, vice versa, the support of these platforms is without alternative for the manufacturers of application software and specialised procedures, since this is the only way to guarantee access to customers who can technically use the corresponding software at all. Hence, there is a considerable dependency on the software platform for digital workplaces, both for end-user organisations and for software providers. This platform is called Microsoft Windows, Microsoft Office, Microsoft 365 and Microsoft Azure, and these dependencies lead to very high prices, high dependency and even blackmail. At this point, a comparison with the current situation in energy supply comes to mind, which is similarly determined by monopolies and platform dependencies. The way out is open systems that are not suitable for blackmail.

Just as the successful counter-model to the proprietary network platforms of Microsoft, Novell or AOL has been the open standards of the internet, the counter-model to proprietary platforms for the workplace is an open, jointly controllable platform for digital workplaces: the sovereign administrative workplace. It creates security through controllable code, design ability through open source, a common platform through open, jointly developed standards and reduces dependencies and blackmailing , as it can ultimately also be operated and further developed by each organisation on its own.

After all, this new platform will not only significantly improve the economy and efficiency in the digitalizaation of the administration or accelerate digitalization overall through open interfaces and design ability. It will not only increase the security and controllability of data flows or make them possible in the first place and thus massively improve IT security. All of this will only be the beginning, because there is considerable demand for such an open platform, not only in the German administration. There is also great interest in it in other administrations and in more and more areas of industry. This is because they all have to deal with the same challenges: IT, the digital workplace is at the centre of all processes and it must be possible to control these processes. At the same time, there is considerable pressure to innovate, especially in industry. This requires the ability to shape things, and to do so without becoming dependent on platforms that then use their prices to channel the entire value creation into their own pockets.

This is being recognised in more and more places, which is why this not only has the potential to improve the digitalisation of administration, but also to lead to a real disruption and decisively improve Germany’s role in international information technology.

We do not build the sovereign administrative workplace as the product of a single manufacturer, we build it modularly from the best components available on the open source market: Open-Xchange in the area of mail and groupware, Collabora Office as a collaborative online office, which in turn builds on LibreOffice, the standard par excellence in the area of open source office, Nextcloud as a platform for sharing and accessing data, which at the same time represents a very essential interface for the integration of Collabora, Matrix for real-time communication, Jitsi for video conferences and Univention with the underlying identity management system and a portal, the important components for integration, which itself is based on established and freely available open source software such as OpenLDAP or Keycloak.

From our point of view this approach has a number of decisive advantages: We already have a very high level of maturity in many of these components, a complete range of functions and also a very high quality from an end user’s perspective.. This is the only way we are at all able to offer an alternative within a short period of time that can compete with its proprietary competitors in terms of both usability and functionality. And: Through the participation of many efficient companies, we are in a position to take the necessary further development steps at the required speed.

The Sovereign Administrative Workplace is to become a genuine, jointly supported open source project. This requires that there is a functionally fully comprehensive, clearly defined set of software that realises this workplace and that is 100 % open source, accessible in source code to every woman and man, and can be easily tried out and used – without the need to sign a contract or interact with any kind of organisation.

It is therefore very good that these principles are basic principles of the project and it is great that with OpenCoDE we now have a platform on which the source code for the Sovereign Administrative Workplace can be published in its entirety. Here, everything really fits together. At the same time, however, it is important to understand that the manufacturers of the individual software components (Matrix, Open-Xchange, Nextcloud, etc.) will continue to operate the main repositories of their software themselves. For us manufacturers, control over the code from which we build our products, for whose security and functionality we then have to take responsibility, is simply essential. In OpenCoDE, one will therefore find up-to-date copies of the code that represent the respective development status of the Sovereign Administrative Workplace and with which one can work in exactly the same way as with the code typically published by open source companies on Github or other platforms.

With the Sovereign Administrative Workplace project, we want to build a new, open platform, and this platform will become all the more successful the more specialised procedures support it. For example, to open a document for collaborative further processing, to make a calendar entry or to start a video conference with a colleague. Therefore, an important aspect for success will be the development of a uniform, easy-to-use API to access the application, particularly from specialised procedures. In principle, there is a great deal of interest in this on the part of the manufacturers of specialised procedures, because they are also very concerned about becoming too dependent on a proprietary platform. However, open and non-discriminatory also means that providers of proprietary software are not excluded and can of course use these interfaces to connect their own software to offer their services.

Open source created the internet with its possibilities in the first place. Without open source, the internet would probably only be known as media offerings from AOL / Time Warner and Disney, and computers would be seen as better typewriters. With the digitally sovereign workplace, we have the chance to create a comparable initial spark for a flexible and efficient future of administration, not only in Germany, but in the EU and basically in the entire world.