Almost exactly one year has passed since the announcement that we are working on UCS 5.0. Since then, we have been very busy and made some important steps towards making UCS a future-proof platform. In December 2020, we intend to make the first results publicly available in a Beta Release. In this article, I would like to give you a first taste of the exciting new features that UCS 5.0 will bring.

What will be included in the beta release?

The beta release of UCS 5.0 provides an installation medium through which the core functions of UCS can be installed. These include:

There will also be first apps for UCS 5 – but UCS@school, for example, will not yet be available.

In the beta release, we want to give our technology partners, especially the providers of apps in the AppCenter as well as partners or customers with their extensions for our management system, the opportunity to check the changes to the basis of UCS and start updating their apps and integrations for UCS 5.0. Therefore, the focus of the Beta Release is on updating the base, interfaces, and installation. For example, we will only run extensions (“hooks”) for UDM and plugins for the LDAP Listener under Python 3. Based on the Beta Release, we will describe the migration paths.
In its capacity as a Beta Release, it is not intended to be used productively. Nevertheless, we welcome any feedback resulting from testing the new software. 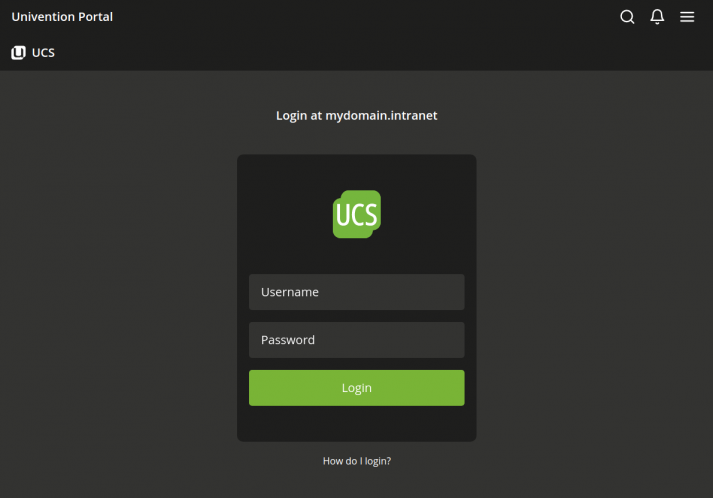 Screenshot showing the current development version of UCS 5.0. More information about the revision of the Look & Feel will follow in a seperate article!

What has changed since UCS 4.x?

We will see changes at very different places directly in UCS and in the apps developed by Univention. With the Beta Release, the focus is on updating the Debian base to the current Debian stable (Buster) and migrating the Univention implementations to Python version 3. But there will already be numerous improvements to the installation, the look & feel and the functionality of the components. The scope is beyond the possibilities of a single blog article; we will report on individual aspects regularly in the upcoming months. You are welcome to subscribe to the RSS feed as well as our newsletter to be informed directly about new articles on UCS 5.0. We will also keep you up to date via Twitter.
During further development, however, we take special care to ensure that, wherever possible, functional improvements only release for UCS 4.4. Examples are the Preview Portal and many things that also appeared with UCS 4.4-6. It is also important to note that upgrading from UCS 4.4 to UCS 5.0 will be possible as usual “in place” meaning without a new installation.

What is the further schedule?

We have invested more time in the work so far than originally planned – it was not only important to us that UCS 4.4 receives further maintenance and functions, but also that UCS 5.0 will be a consistent release. After the beta release, however, we will quickly work and plan on stabilizing the release and providing additional functions or apps to release UCS 5.0 for productive operation in Q1/2021.