We are in the transition to a “new normal”. However it will look different from the normality before the corona pandemic. Step by step areas of life are being ramped up that until recently were in an unprecedented exceptional situation. This involved a lot of stresses, but it has also brought new and valuable insights into how we can organize our lives. The significance of digital communication options has increased enormously. The use of digital technologies has been accelerated tremendously. It became clear that it is important to have systems that function independently of individual providers or even of foreign countries. Systems that are resilient and can react quickly and effectively to a crisis so that stable conditions can be restored.
These are all characteristics of resilience. A term that comes from physics and describes the ability of technical systems not to fail completely in the event of a partial failure.
In order to better deal with the next crisis and to be able to rely on secure, stable and adaptable systems in general, it is important that targeted steps are now taken. This includes to strengthen the use of Open Source in system-relevant areas – from communication to logistics to administrative work – and to focus on distributed and combinable systems. Only by this we are able to achieve digital sovereignty of these areas, of our entire state and of the economy.
But what constitutes such structures in detail and why is the use of open source imperative for them?

Digital Life During the Corona Crisis

Millions of employees worldwide are working from home. While students and pupils are watching educational videos, people are streaming Netflix to fill up their free time and the network has withstood this rush. For all, mostly justified complaints about the lack of network expansion, this is a success story: The Internet works despite the high load. The reason for this can be found in its federally networked, non-centralized basic architecture. This is an important building block for resilient systems. At the same time, millions of people experience through the use of communication tools what it means to have to rely on central systems such as Microsoft Teams or Zoom, which are at risk of failure and have proven to be problematic in terms of security.

So when it comes to digitizing our infrastructure, we should not rely on monolithic systems but on federated system architectures such as those that characterize the Internet. Only then the individual parts function autonomously and independently of one another – and are simultaneously scalable and controllable.
This is particularly important in two ways:

The Importance of Open Source Software 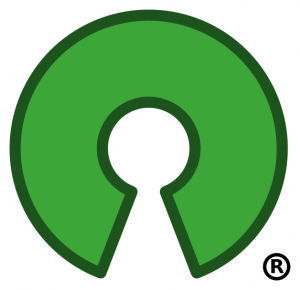 We should therefore be guided by the Internet’s success story and the following principles:

By the way, the possibility of verifiability and independent innovation are also the central reason why corporations like Google, Amazon or Zalando strategically rely on Open Source Software for their own solutions. This is the only way how they can guarantee the highest level of security for their data. It is also the only way for them to determine which data they collect, what happens to it, and how they can serve almost any number of users. At the same time, they remain innovative being able to always adapt their software to the latest needs.

From these fundamental considerations and conclusions regarding the corona crisis, we can derive further demands for the development of sovereign digitalization through the state:

With GAIA-X, about which a lot has been reported in recent weeks, Europe is already on the way to developing an architecture that is to comply with these principles in many parts. It will be crucial for the future of Europe and mankind as a whole whether we use the current “Window of Opportunity” and react now in the state and economy with open, distributed systems and through the strategic use of Open Source Software. Thus we would create a world in which states, organizations, and individuals exercise control over the whereabouts of data, in which they are independently innovative and can react flexibly to crises.
What makes me optimistic is that this insight has gained acceptance in many crucial places in the past few months. Now it depends on the implementation.