Crust: Digital Sovereignty for your Business with the Open Source Salesforce Alternative

Crust is now available in the Univention App Center. What is it and why should you try it out? 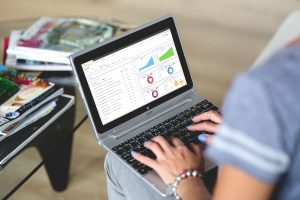 More and more organisations are turning to Crust as a Salesforce alternative, for the feature set, the lower costs and the ability to self-host.

Crust is a mobile-friendly, customer-scale application, capable of handling giant populations within the application itself. Designed to be either self-hosted or run in the cloud, Crust is 100% extensible with rich API’s and third party application integration features.

The platform is aimed at medium to large businesses and organisations, including Not-for-profit organisations, that require full control over their own data and software. Secure, comprehensive and user-centric, Crust embraces what is best about leaders in the traditional software and cloud markets and extends them with all the goodness that 100% open code and open standards can provide.

The company behind Crust is Crust Technology Ltd, a business registered in the Republic of Ireland and part-owned by DAASI International, a German specialist in Identity & Access Management with open source software. Just like Univention GmbH, DAASI International is a member of the OSB Alliance. The Crust software project started in 2017 and the business launched in early 2019. In the first year the company has grown to over 30 staff and stakeholders, all of whom work remotely, located in Ireland, the United Kingdom, Spain, France, Germany, Slovenia, and South Africa. Crust Technology is profitable, 100% organically grown and has zero external debt.

As a platform, the open source Crust is inspired by five elements of Salesforce: 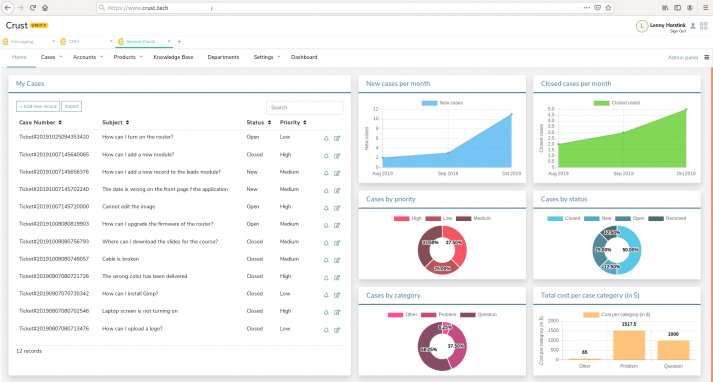 A highly flexible Sales CRM that enables you to sell faster.

Save time and money by providing efficient service to your customers.

A space where your UCS users can efficiently communicate with each other.

Being “Customer Scale” is really important for Crust, which allows you to enroll all your external users as re-usable identities across the platform. Backed by DAASI International’s know-how, Crust leads the way in open source Customer Identity and Access Management (CIAM).

Crust is predominantly built in Golang (used by Google to run much of its application infrastructure) and Vue.js (frontend). To store data Crust supports MySQL by default. MySQL will continue to be supported, but will be replaced as the default database by PostgreSQL during 2020. 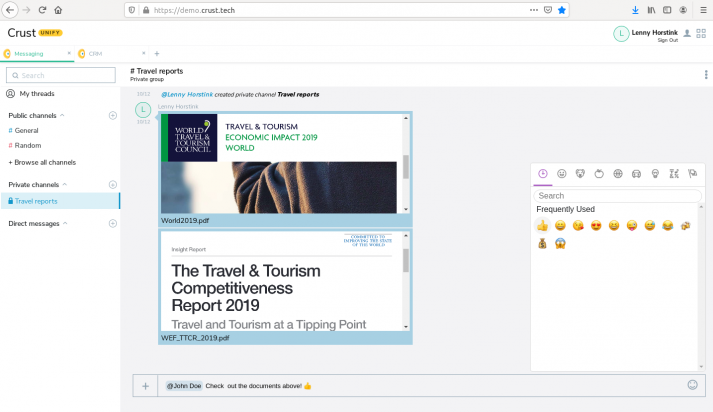 Crust is well integrated in UCS, offering an easy installation and straightforward user access management via the UCS management system. Users created in UCS can use their UCS domain account to log in to Crust.

A free Crust trial can easily be installed via the Univention App Center inside UCS. A Crust subscription, starting at 24 euro per user per month (discounts are available), is required after the free trial. 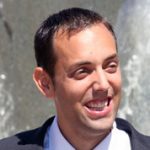