After the extensive updates of the basic distribution with the release of UCS 4.3, our focus during the development of UCS 4.4 was on the implementation of new functionalities: The enhancements include new functions in Self Services, in the Portal, in Radius Integration and in Services for Windows. In addition, the Admin Diary is a new app with which events on the different systems or in the management system can be tracked and commented.

Having Your Own Account Under Control: Extended Self Service

With the Self Service App, end users have long been able to change their own password or reset forgotten passwords. UCS 4.4 now offers additional options for modification:

Users can edit their own contact information or upload an avatar image. Which options will be available can be defined individually by each administrator. The information is not only available in the address book of your own organization, but also in many apps downloaded from the App Center.
The Self Service functions have also been enhanced for the management of identities by the system administrator: When creating new identities, users can now be invited. Users then receive an activation link, for example by e-mail, through which they can then complete their account themselves in the Self Service web interface with a password and their contact details. 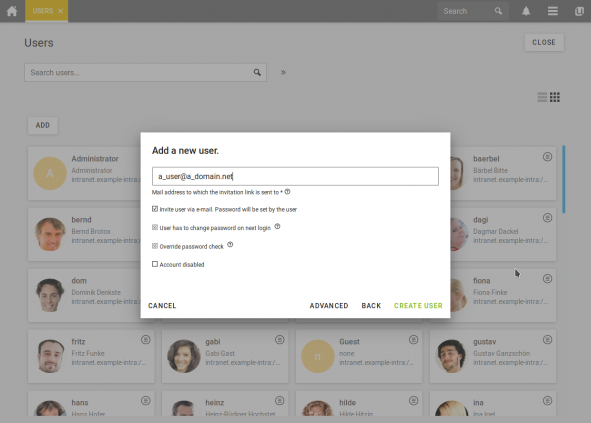 Download UCS 4.4 now as a free Core Edition and get to know the new features:

The UCS Portal, which is the gateway for users to all available web services, has also been further developed with UCS 4.4. One of the visible changes are clearer indications of the option to log in to the Portal and the new option to force a login to the Portal. In the background remains the new technical foundation of the Portal, which enables a better protection of the contents from the server side and forms the basis for future functions of the Portal. Also new are additional possibilities to adjust the appearance of the Portal through your own CSS. 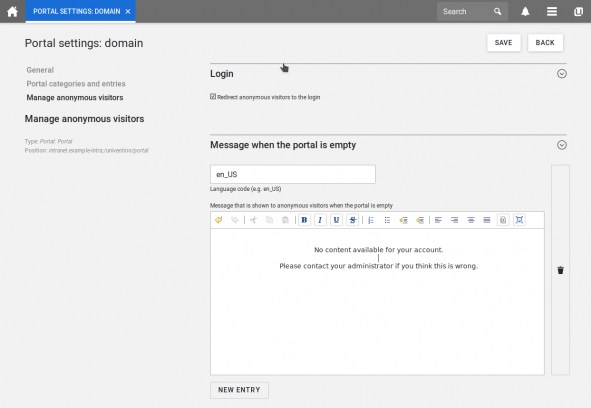 UCS and UCS@school have for some time offered the possibility of securing network access via Radius. So far, this has been achieved by two independent implementations that have been integrated with UCS 4.4 into one single app. The new Radius App provides the usual functions for controlling IEEE 802.1x-compliant authentication by end users or computers on LAN and WLAN. In addition, it is now possible to configure the access data (Shared Secret) used by WLAN access points and other network components for accessing Radius conveniently and direct in the management system. 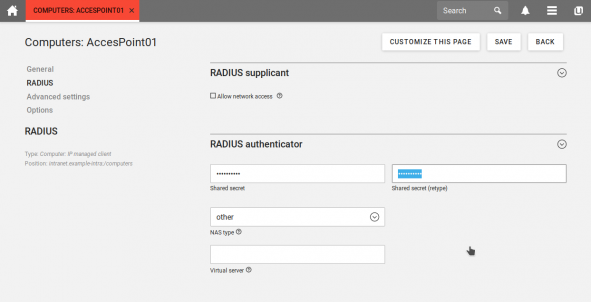 Samba, which is based on version 4.10 with UCS 4.4, receives an extensive update. In addition to numerous detail improvements, some new features are worth mentioning here. For example, this Samba version offers support for trusts with Microsoft Active Directory Domains for the first time. These trusts can be used, for example, to give users managed in UCS access to services in Microsoft Active Directory Domains – with single sign-on via Kerberos.

Another new feature is the support of Fine Grained Passwords. With these flexible password guidelines, it is possible to give different user groups different specifications for password complexity or expiry periods in Microsoft Active Directory Domains and thus, for example, protect sensitive or crucial company areas more effectively.
The new Samba release also brings further compatibility improvements, which we will describe in a separate blog article.

What Happened in My UCS Environment? The Admin Diary Will Tell You

The new Admin Diary App provides a quick overview of the administrative events in a UCS domain. For example, changes in the directory service and software and app installations as well as updates on UCS servers are logged. All events are collected in a central database and can be conveniently evaluated in the web browser with the Univention Management Console. If it should be unclear why systems behave differently for users, the Admin Diary allows a simple insight into the events that may have led to this change.
The Admin Diary is based on common technologies such as rsyslog and SQL and can be extended to include further events to be logged. 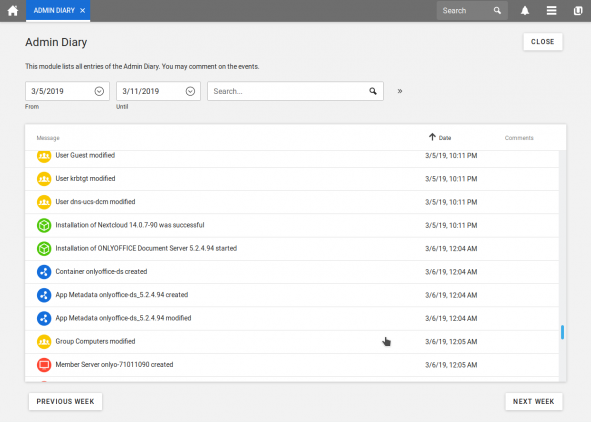 But UCS 4.4 has also improved many details and fixed some bugs. The usability improvements in the Univention Management Console are worth mentioning. The look and feel of many elements has been adapted to further optimize the user interface. Among these changes is a new behavior for long result lists, which noticeably improves the overview. The configuration of the settings added by various apps to a user object, which can now be found together in the same place, has also become neater.

With UCS 4.4, almost all apps from the App Center are directly available, including all apps provided by Univention. With the parallel release of the UCS@school app for UCS 4.4, we have implemented several improvements for schools and school authorities, including an acceleration of the deployment of school servers. We will tell you more about this in a separate blog article soon.

A complete list of changes to UCS 4.4 can be found in our Release Notes.

As always, we don’t rest on our laurels after a release, but are already working on further improvements which we want to release in the coming weeks and months. Planned are stable Rest APIs for directory service content management for both UCS and UCS@school. If you have further ideas and suggestions for improvement, please feel free to give us your feedback, either here in our blog or on help.univention.com!