Nico Gulden
Apps and Partners, From our Development, Univention Blog
3

Until now! The app landscape is constantly changing and new app candidates like Rocket.Chat, Metasfresh and Zammad no longer consist of just one container. These apps are called “Multi Container Applications”. In order to fulfill the wish of many of our users to also find such apps in the Univention App Center and run them on UCS, the App Center now supports Multi Container Apps with the UCS 4.3 errata update 345, thus creating the necessary prerequisites.

A common approach to container virtualization, as implemented by Docker, is to provide individual services in individual containers. Probably the most common use case is the separation of application and database, such as Rocket.Chat. The number of containers is not limited to two, as Metasfresh shows. 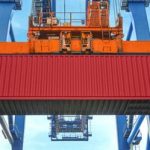 If you want to learn more about the Docker technology itself, we recommend this short introduction:

Docker Compose, which is also used in the App Center, is used for multi-container applications in the Docker environment. Central element is the docker-compose.yml file. For Rocket.Chat it looks like this:

These files in YAML format define various services. These services specify which Docker image to use and which environment variables, volumes, ports, and dependencies to other containers are required. In its entirety, it describes an application with all its parts that are started using Docker Compose.

Docker Compose configuration using the Zammad application as an example

App providers can store their Docker Compose configuration in the App Provider Portal, as the screenshot of Zammad shows. 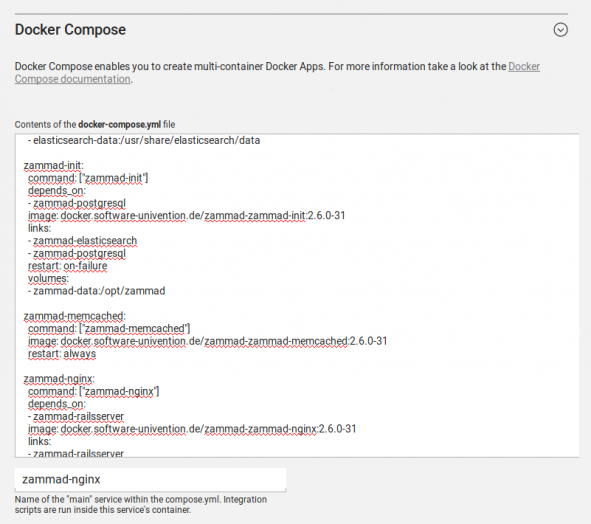 App providers can store a whole range of configuration settings for the app in the provider portal. This also includes scripts that are executed at different stages during the app lifecycle in the container and on the host.

For Multi Container Apps, it must be specified which of the defined services or containers is the main service so that the App Center knows to which these scripts and some configurations have to be applied. As a rule, the main service is the container containing the application.

Possible changes of the Docker Compose file by the App Center

Before a Multi Container App can be put into operation on the user’s target system via Docker Compose, the docker-compose.yml is directly processed by the App Center on the UCS system and some points are changed or added.

As a result, Docker Compose starts a Docker Compose configuration on the target system that no longer matches 100% of the app vendor’s input. This is necessary because a lot of information must be available at the start of an app for optimal integration. Thus, the apps can adjust to the local environment and preconfigure themselves accordingly, so that users can start immediately. The modified Docker Compose file can be found on the UCS target system under /var/lib/univention-appcenter/apps/$apps/compose/docker-compose.yml. 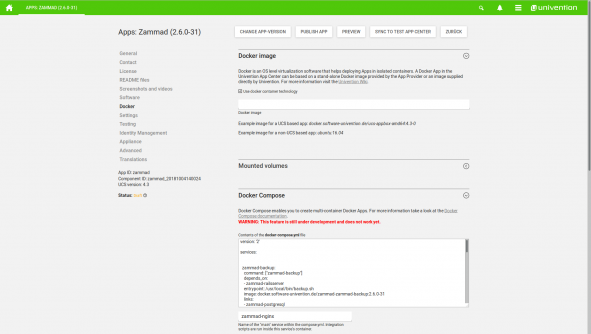