Review of the 10th Univention Summit: Focus on digital identities for data sovereignty and innovation in the age of AI

Under the motto “Reclaim your Identities”, more than 320 guests discussed the secure management of digital identities and digitization in the education sector at the Univention Summit. Users from the education sector, companies and institutes also reported on the successful use of open source software in their IT organizations. Due to the high number of visitors, we even had to rent additional rooms at short notice and close the registration for the event.

About lectures, barcamps and round tables

The program of this year’s summit was characterized in particular by its wide range of topics and formats. In addition to numerous user presentations by organizations such as the Max Planck Institute for Cognitive and Neurosciences, the Seawatch Association, which is responsible for rescueing refugees in distress at sea, and the Berlin-based company Solarkiosk, there were numerous exciting presentations from the educational sector. The formats Round Tables and the Expert Barcamp for technicians were completely new this year, both of which were very well received and allowed for an intensive and direct exchange of information on specialist topics in smaller groups. 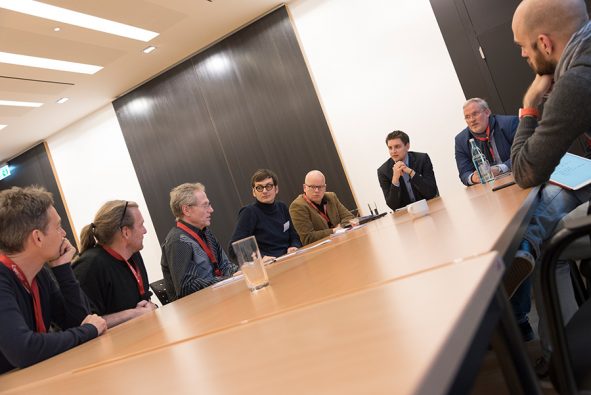 In his opening keynote speech, Peter Ganten, our CEO, addressed the opportunities of Artificial Intelligence, but also highlighted its dangers. This is because their exclusive use in the large AI silos of a few suppliers means that the data collected there can no longer be used for their own entrepreneurial innovative strength and the possibility of independent action in the education system and administration is lost. The most important statements of the keynote: 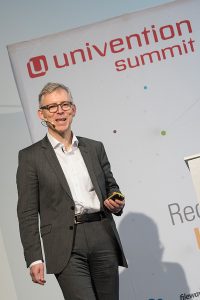 In his speech on an open ID agency, former State Secretary Dirk Loßack expressed his confidence that the first concrete steps towards realizing the open concept for a modern IT infrastructure in education could be decided upon in the coming months.

In various practical presentations, UCS users and partners received important tips and information on the use of Univention Corporate Server in companies and educational institutions. For example, Christian Lemke of NetCologne presented the new IT concept for the schools in the city of Cologne, where UCS@school will be responsible for the central management of all user identities. The city of Basel reported on the introduction of a school mail solution for which the collaboration software Open-Xchange was newly introduced and connected to the UCS@school user management system. And the Berlin-based company Solarkiosk gave a lecture on its UCS-controlled cloud workspace for employees working all over the world who enable shops in developing countries to work independently from the local power grid. 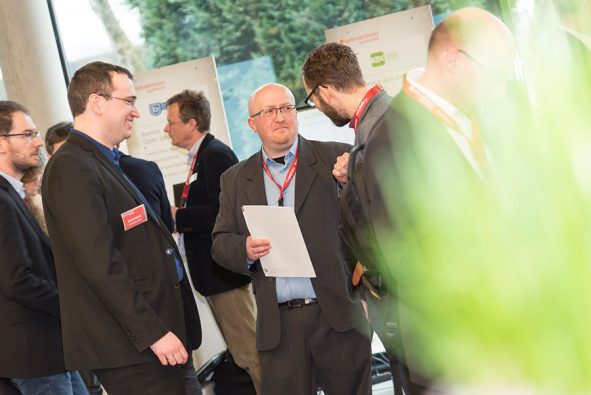 The Univention Summit in numbers

The Univention Summit 2018 took place on February 1 and 2, 2018. This year it attracted well over 300 visitors from companies, educational organizations, research institutes, system vendors, resellers and other software manufacturers to Bremen. A central element of the event were the stands of 24 Univention partners. They presented their developments in the exhibition area and were available for technical discussions. These included well-known players such as agorum, Kopano, Nextcloud, Open-Xchange, ownCloud, FileWave and Thomas-Krenn as well as the newly launched OTRS alternative Zammad.

Further pictures and impressions of the Univention Summit 2018