Univention Summit: “Shift happens” on the Road to Digital Sovereignty

Bremen, May 20, 2022—Digital sovereignty can and must become a reality in order to secure the innovation and economic growth of Germany and the rest of Europe—all participants at this year’s Univention Summit agreed on this. In his keynote speech, founder and CEO Peter Ganten claimed that we need to learn a lesson from the pandemic and the ongoing war—it’s time for a true digital turning point. “Shift happens—Let’s create a better IT now” was this year’s motto of the Univention Summit. The event has truly developed into a trend-setting get-together for thought leaders, decision makers, and users of digital sovereignty and digital education.

On May 17 and 18, more than 650 participants attended the Summit on-site or virtually. In various talks and workshops, they learned about trends and practical implementations of modern, digitally sovereign IT infrastructures based on established, mature and innovative Open Source solutions. “Open Source thrives on the community. In practically every conversation, it became clear how happy people were to meet in person again, to exchange ideas on a larger scale, face to face.” Ganten noted.

Panel on Digital Sovereignty after the Turning of the Times

At the central panel discussion “Digital Sovereignty after the Turning of the Times”, the participants agreed that Germany should move forward much more quickly. The CIO of the state of Saxony-Anhalt, Bernd Schlömer, criticized “monopoly-like structures in software licensing”. The head of the BMI’s ZenDiS project group, Andreas Reckert-Lodde, said: “We have to invest in our own country’s expertise and as a state take on a strong employer role.” Anika Krellmann of KGSt (Kommunale Gemeinschaftsstelle für Verwaltungsmanagement) suggested “thinking about federalism differently: we need an IT infrastructure that makes it much easier for us to collaborate across all levels.” Peter Ganten criticized the federal government’s lack of speed and its unwillingness to invest in creating digital sovereignty.

Univention has hired Gunilla Pendt as the new Vice President Marketing & Sales to strengthen the link between marketing and sales. “We are facing the challenges of sustained high growth and will benefit from Gunilla’s extensive experience,” says Managing Director Peter Ganten. “We want Univention to grow and become better known internationally,” adds the 51-year-old native of Bremen. “To achieve this, we want to tie sales and marketing more closely together and invest more in market penetration and brand awareness.” Pendt has more than two decades of experience in leading positions for sales, marketing and corporate communications of international companies.

In an initial feedback round, the 29 sponsors expressed great satisfaction with the Summit and the strong growth in demand for Open Source solutions. “Since the last Summit held in person in early 2020, the interest in solutions for the realization of Digital Sovereignty has grown significantly. We were able to hold a number of intensive discussions with IT managers from the public sector and other diverse organizations,” says Frank Karlitschek, Founder and Managing Director of diamond sponsor Nextcloud.

More Univention in May and June

The next events where Univention will be present:

LEARNTEC from May 31 to June 2 in Karlsruhe at the joint booth of the “Bündnis für Bildung” (Alliance for Education), dm-arena, booth R30.13

didacta 2022 from June 7 to 11 at Cologne Exhibition Center, Hall 6.1, also at the joint booth of the “Bündnis für Bildung” (Alliance for Education)

At the trade fairs, Univention will present its UCS@school solution for digital education as well as the new Univention ID Broker and the connection to the BILDUNGSLOGIN.

Univention, headquartered in Bremen, Germany, is the provider of the Open Source platform Univention Corporate Server (UCS) for digital identity management and application integration. Openness, scalability and usability serve to realize digital sovereignty, which ensures users have full control over their own data and identities. UCS, as an open integration platform with an identity management system, a web portal for easy access to applications and the Univention App Center, enables the seamless integration of third-party applications and services. With its own solutions and their integration into the Sovereign Cloud Stack (SCS) as well as into the dPhoenixSuite, Univention enables the modernization of the IT infrastructure of the public sector as well as that of companies.

The UCS@school solution, which is tailored to educational institutions, offers an optimized platform with central identity management for the simple provision of services from different providers such as learning management systems, email, cloud and office applications for schools, school boards, and states via their own school portals. UCS and UCS@school are used by numerous federal states, municipalities and districts, administrations and companies. For more information, visit https://www.univention.com. 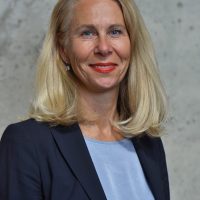 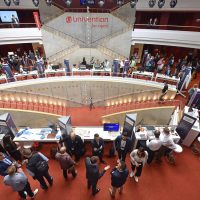