Alice Horstmann
On the web and in the press

Microsoft and Google are quickly developing into the top dogs of the office cloud scene, and companies are increasingly finding themselves faced with an uncomfortable problem: Namely, loss of control and freedom of choice. With its brand-new interfaces to Office 365 and Google Apps for Work, Univention Corporate Server (UCS), developed by the Bremen-based software vendor Univention, is now giving its customers back the freedom to choose for themselves as it puts the centralized user management for all the solutions implemented in your company back under your control – whether you’re a start-up working solely the cloud or an organization with its own IT department.

Bremen, May 3, 2016. Cloud environments are making sure but steady headway into companies, with the office clouds from Microsoft (Office 365) and Google (Google Apps for Work) domineering the market. This development sees IT managers around the world faced with the unenviable decision of which ecosystem – and associated vendor lock-in – to resign themselves to. This generally goes hand in hand with restriction to the system’s own portfolio of applications. Companies attempting to integrate “alien” services themselves will find the process to be laboriously complicated. Desperate pleas for more freedom of choice with the same degree of control over users and applications have fallen upon deaf ears – until now. 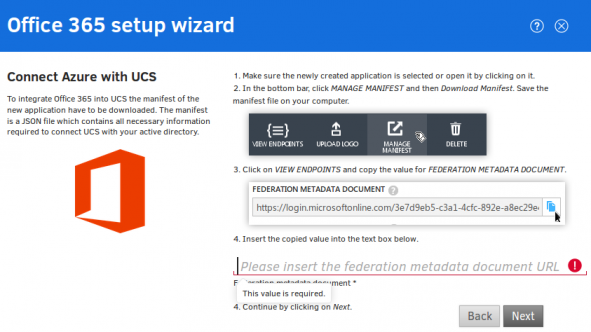 Univention has now addressed this need with brand-new interfaces to Office 365 and Google Apps for Work on the tried-and-tested, open IT management platform Univention Corporate Server (UCS). It is now possible to mount existing users in popular cloud services using simple single sign-on functions as well as to manage users already in the cloud using a centralized, independent system. The connectors are also available free of charge for unlimited use for the UCS Core Edition.

Emerging and small companies in particular have managed to expand considerably by employing cloud services. But, faced with the increasing need for control that rapid growth brings, these companies are discovering the limits and dependencies of the cloud ecosystems. The challenge lies in establishing a centralized user management system (on premises or on the cloud), which is independent and continues to support the cloud service employed to date. The connectors for Office 365 and Google Apps for Work do just that. UCS preserves the simplicity of the cloud while opening up a whole new range of possibilities with an extensive portfolio of more than 80 additional enterprise solutions on offer in the integrated App Center.

This open platform also benefits well established companies, because it controls the development of shadow IT where each employee installs software solutions individually. Instead, the preferred cloud services can be easily integrated in the existing directory service and administrated together with the on-premise services already in use. UCS makes it possible, for example, to use Google Apps for Work in an existing Microsoft environment. 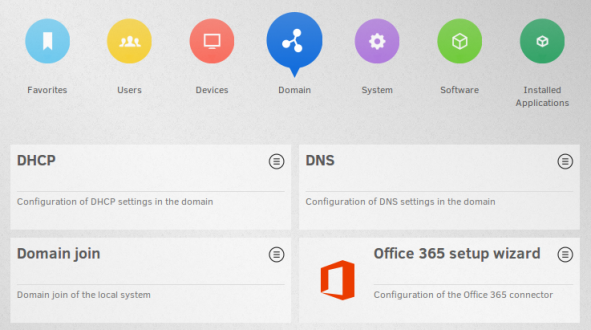 The new UCS connectors for Office 365 and Google Apps for Work allow IT departments to retain centralized control and administration of all identities in the company while using those services. UCS allows companies to retain their encrypted user passwords and verify user authentication on their own system. Thanks to single sign-on mechanisms, this is also extremely convenient for the user as just one password is needed for all services.

This combination of independence and control looks set to play a greater role than ever before for companies of all shapes and sizes. The ability to run classic applications alongside cloud services, both in the cloud and on premises, will soon be something which goes without saying. Having deftly identified the demand, Univention is making that future possible today. And leaving to its customers the freedom to choose which ecosystem they prefer to use, whether it be Microsoft, Google or one of the proven solutions from the Univention App Center.