Univention Summit 2016: Open Source Scene Came Together to Exchange Experiences with Clouds, School IT, and Apps

Alice Horstmann
On the web and in the press

250 experts at the 8th Univention Summit

Bremen, January 25, 2016. Around 250 experts from software houses, cloud service providers, and IT service providers along with users met on Thursday and Friday in Bremen for the 8th Univention Summit. The event, which traditionally kicks off the Open Source scene year in Germany, was dedicated to the important topics of openness, transparency, and trust this year. The program of presentations, talks, and workshops was complemented by an accompanying exhibition offering software developers and hardware manufacturers the chance to present their solutions. Univention, the host of the event, announced that it would be opening its management platform Univention Corporate Server up to Office 365 and Google Apps for Work in 2016 and that it would also be continuing to focus on the expansion of the container technology Docker, which makes operation of the 75 enterprise apps now available in the Univention App Center even securer.

Six workshops offered participants the opportunity to find out more about various areas of IT. In addition to technical subject matter such as the administration of over 30 million users with OpenLDAP, the integration of Samba and Active Directory domains, and the possibilities on offer with Docker, there were workshops on the sales-related aspects of cloud computing and a large number of the enterprise apps available in the Univention App Center were also presented by their respective developers.

The presentation of Univention’s 2016 roadmap by CEO Peter Ganten and the Head of Development, Stefan Gohmann, included a few new announcements for the visitors. In addition to the previously announced upgrade of the Univention App Center to a transaction platform where the entire procedures for ordering apps can be processed automatically, the announcement that in future the app developers will also be provided with detailed information on the usage and acceptance of the respective application compared with other applications was also met with great interest. Another innovation for the participants: In future, UCS will also support Office 365 and Google Apps for Work.
Furthermore, it was possible to announce the launch of two new apps in the Univention App Center just in time for the start of the summit. In IKU AV Mail (1.0-3) and IKU AV Proxy (1.0-2) there are now two antivirus products for mail and proxy servers available which have been developed for the App Center by the German system house iku. In the Avira antivirus engine, the apps also acquire one of the most popular virus scanners in Germany.

A parallel focus topic for the both days was: How is it possible to operate IT for and in schools in a centralized and simultaneously cost-effective manner, and in doing so to increase the quality and quantity of the offer? Around 40 IT directors from educational authorities in states and municipalities all across Germany as well as Switzerland and Austria traveled to discuss and exchange their experiences. Practice-related presentations explained concepts such as the mounting of centralized learning platforms in a centralized identity management system and the integration of mobile end devices into school and college networks, all of which resulted in produced lively discussions.

Podium Discussion on the Supplier Market in the Cloud Environment

The program was followed by a podium discussion with Rainer Sträter (1&1), Simon Pearce (SysEleven), Stefan Krempl (author and journalist), and Peter Ganten (CEO Univention and Chairman of the Board of the OSB Alliance) on the development of the supplier market in the Cloud environment. Central questions included how many suppliers will be able to maintain their positions in the market in the future and what customers want from cloud offers. The other participants were also in agreement with Mr. Ganten’s conclusion that: “Suppliers with proprietary platforms force customers to depend on certain technology. Clouds, however, should be open so that customers can switch back and forth between offers – that’s the only way to ensure innovation and security.” There was also consensus that transparency is one of the most important factors for the acceptance of this kind of offers among consumers. Tailored offers and local presence give smaller suppliers a good chance of defending their positions in the market.

The evening was rounded off with a spectacular variety program presented by the GOP theater group and a relaxing get-together accompanied by piano music, which allowed the guests to continue their conversations and networking activities. 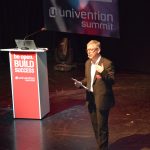 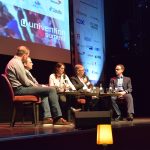 Panel Discussion “One Cloud for the World?” 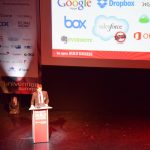 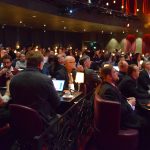 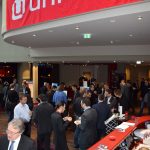 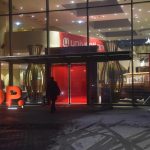 The Way to the Univention Summit 2016