At Kopano we have been developing packages to easily install and update Mattermost for quite some time now. For those using the Univention Corporate Server (UCS) we maintain an app that sets up Mattermost and configures it for you automatically.

But what if you already have a chat platform in your company and cannot migrate all users at the same time? Or you want to provide a Mattermost chat for all your customers, but only want to buy a Mattermost subscription for your internal users? Or you have a subset of your users relying on your old chat platform and clients?

Matterbridge was designed to help out in exactly the above-mentioned scenarios. As the name already implies, it acts as a bridge between different providers (namely IRC, XMPP, Gitter, Mattermost, Slack, Discord, Telegram, Rocket.Chat, Hipchat (via xmpp), Matrix, Steam, ssh-chat and Zulip) and will relay messages and files posted in e.g. Jabber to Mattermost.

I published the following article on our own blog yesterday (August 9, 2018) and as Kopano and Mattermost are also popular apps in the Univention App Center, my colleagues at Univention thought it would be great to share it here with you. I am going to explain how you can install matterbridge and configure matterbridge to mirror a specific channel within Mattermost.

Before matterbridge can we run we need a basic configuration. A dedicated service account in Mattermost need to be created first.

The following commands will create a service account called “matterbridge”. When executing the commands below, make sure to choose a pre-created random password for the “matterbridge” and note it down for later. 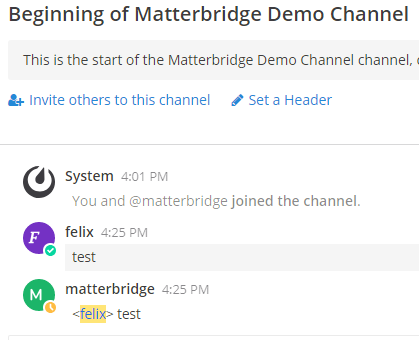 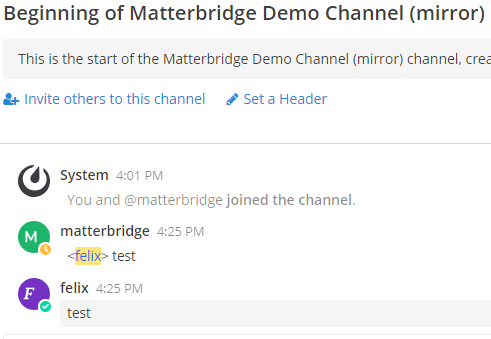 Once you are happy with your configuration you can stop the foreground Docker command and run it instead in the background. This can be achieved with the following command:

When running Mattermost and matterbridge on a Univention Corporate Server (UCS) setup is a lot easier, as installing the app will already take care of creating the matterbridge user and an example matterbridge.toml for you.

More information on running the app is displayed in a “readme” file after the app has been installed.

Where to go from here?

You now have a very simple demo setup where matterbridge is mirroring all Messages from one channel to another channel. Please check the matterbridge Wiki on how to configure matterbridge to connect to your local chat or ChatOps platforms and Mattermost at the same time.

Want to learn more about matterbridge? Let us know in the comments or contact us directly via info@kopano.com. 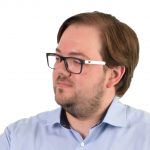 Felix is an avid forum user, a tv and movie junkie and a fan of having the right tool for the job. Over the last ten years he has been deeply connected to Kopano's partners and customers as sales expert, professional services engineer and product-owner. His experience and analytical skill makes him the perfect Release & QA Manager. He's deeply involved with the further development of Kopano Groupware Core, the Kopano OL Extension and the Z-Push project.