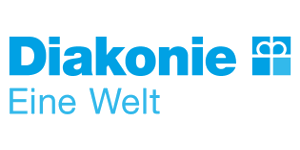 Deaconry Eine Welt operates the deaconry Flüchtlingsdienst (refugee service) and the deaconry Bildung (Education). Around 60 people are employed in the headquarters in Vienna, Austria.

Diakonie Bildung spans nurseries and a dozen educational facilities ranging from primary school up to grammar school level with around 2.500 pupils in all. The division has approximately 500 members of staff.

Diakonie Flüchtlingsdienst provides advisory and care services for asylum seekers, refugees and Austrians. The duties are shared among more than 550 full-time staff and approx. 650 volunteers at more than 30 sites.

Univention Corporate Server: As this infrastructure solution allows the integration of Windows domains on the one hand and because UCS offers the desired Open Source base with a German-speaking community on the other. Last but not least, Univention also has an Austrian service partner in Siedl Networks.

One central computer centre, multiple servers with complex networks at the larger sites and hundreds of connected PCs: The way that the IT environment within the organisation had developed reflects the ever-changing, multifaceted range of work undertaken by the Bildung (Education) and Flüchtlingsdienstarbeit (Refugee Aid) divisions of Diakonie Eine Welt gem. GmbH. Against this backdrop, the institution decided to update its data processing system in order to render its IT management even more efficient.

Several hundred employees in the headquarters in Vienna and at the dozens of Bildung and Flüchtlingsdienstarbeit sites work with Windows PCs. Behind the scenes there is a server structure largely based on Open Source. However, over the course of time, this was proving to be inadequate and did not offer any support for Samba 4. Every user and all the devices required manual management. There was no central identity management system at all.

The required solution was a Windows domain with a central identity management system and simplified administration of all the devices. Microsoft Active Directory was briefly considered but then rejected as a solution. Preference was given to an Open Source solution with a community in the German-speaking world and an Austrian service partner. It had to allow a Windows domain, permit central user administration for all services, be easier to maintain and include regular updates.

Initial contact with Univention and its Austrian partner, Siedl Networks, was made in January 2013 and the first pilot project at a grammar school in Vienna and in the computer centre got under way six months later. This was followed in early 2014 by the extension of Univention Corporate Server (UCS) throughout the entire computer centre at Diakonie Eine Welt. The integration of the first Bildung and Flüchtlingsdienstarbeit sites began soon afterwards.

The implementation of UCS at Diakonie Eine Welt

“We thought that the changeover of these sites would go faster, as we hadn’t taken the resource requirements of the UCS server into consideration,” said Benjamin Böhm, Head of IT at Diakonie Eine Welt. For a range of servers it was possible to expand the working memory and hard drives, but some outdated hardware had to be replaced for some (school) sites, etc. That didn’t jack up the price of the software though. The changeover to UCS in the central computer centre in Vienna, where no hardware upgrades were required, went amazingly quickly.

The – preliminary – result is that the document management system Agorum, Wiki, address books, proxies and WebDAV are integrated via the LDAP in terms of the authentication and, where applicable, group memberships. These services access the user database saved with UCS. The VPN endpoints and e-mail servers are then integrated via LDAP.

Boosted by UCS, the central organisation of the IT doesn’t just make it simpler to mount new solutions; users and their devices also require less manual maintenance on the Windows clients. The centralised equipment of the systems and software, which was already possible, their configuration and advanced administration are now much simpler. The identity management system allows a centralised password policy.

“A presentation of the features of UCS soon made the advantages of this system very clear,” summed up the Head of IT, Mr Böhm. “The possibility of being able to work on different computers with the same settings and documents is especially important at sites where more people work than there are PCs available. The centralised administration of all the employees minimises the administrative efforts enormously. The import functions can also be used to save entire classes from existing databases simply and easily.