Bremen, Mai 26, 2021 – With UCS 5, Univention has published a new major release of Univention Corporate Server (UCS). It focuses on the comprehensive update of the technical basis with Debian Buster, Samba 4 and Python 3. Another highlight is the newly designed UCS Portal, which allows users and administrators to access apps and use them directly in the portal. Univention has said goodbye to the naming of master and slave as terms for the server roles, because they no longer correctly reflect the technical functionality and are thus linguistically outdated.

„With UCS 5, we have further improved the user friendliness and taken an important step towards the modularization of our software. Thanks to this, UCS is the perfect technical basis for solutions such as the Sovereign Productivity Suite (SPS) or Phoenix, whose goal is to integrate IT solutions from various providers and achieve digital sovereignty“, says Peter Ganten, founder and CEO of Univention. „At the same time, we are creating the conditions to optimize UCS for use in federated cloud infrastructures such as Gaia-X and the Sovereign Cloud Stack.“

The most important innovations of UCS 5 at a glance

The extension UCS@school 5, tailored to schools and school authorities, is currently being developed and scheduled to be released just a few weeks after UCS 5. In addition, Univention is working on further dividing the functionalities in modules. In the future, these can be operated as containers in Kubernetes infrastructures.

As of now, UCS 5 is available with various subscription models with enterprise support and up to 7 years of maintenance guarantee. The annual entry price for a standard subscription is 1,295 Euro. Please find further information about our subscriptions an prices. Univention continues to provide a free UCS Core Edition without support. The UCS 5 images and source code are available for download on the website. 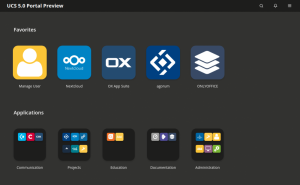 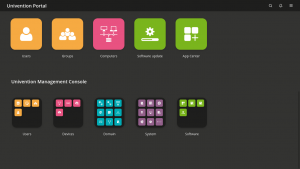 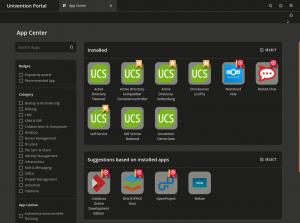