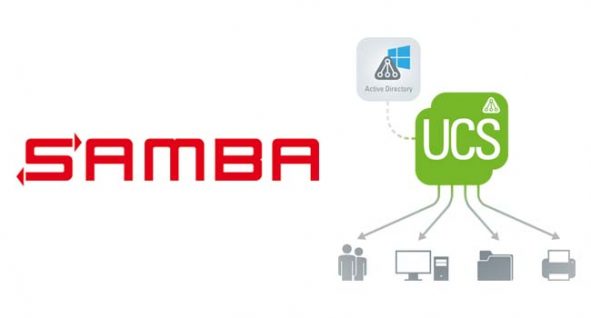 Get a brief understanding about the software Samba and Microsoft Active Directory – two solutions for the central detection and authorization of domain members. These are important features as the central administration of a domain network helps to achieve more data protection and higher failure security for your IT systems.

Learn also more about how UCS is able to bridge the gap between the Linux world and the Windows world so that you can reap the benefits of both systems.

If you first like to know more about the domain concept and what tasks a domain controller fulfills, please check our article: Brief Introduction: Domain/Domain Controller

Now let’s get going with our today’s topic: the directory service solution Active Directory and the software Samba.

What Exactly is Active Directory and What is it used for?

Active Directory is a solution developed by Microsoft to provide authentication and authorization services in a domain network.

The Active Directory core elements are an LDAP directory service, a Kerberos implementation as well as DNS services. Information on users, groups, and hosts is stored in the directory service. Kerberos assumes the authentication of these users and hosts and DNS (Domain Name System) ensures that client and server systems in this domain network find and can communicate with each other.

These three components LDAP, Kerberos, and DNS are closely interrelated and in order to group them into a single entity, they are called Active Directory Domain Services (AD DS).

As a so-called domain controller, Microsoft Windows Server can provide these Active Directory domain services or join such a domain as a simple member. Also Windows client operating systems can join such a domain (this counts for the respective business and education version).

The contents of the directory service are replicated between the domain controllers of a domain, making them available on multiple systems. This contributes significantly to the failure safety and load distribution of the resources of the domain network. Active Directory uses here a so-called multi-master replication. Changes can thus be made on each individual domain controller and are automatically transferred from there to the other domain controllers.

The Samba project provides a free software suite that enables the interoperability of Linux and Unix-based systems with services and protocols used and developed by Microsoft.

By the way, the name “Samba” was derived from the protocol name ‘SMB’.

Interoperability through Integrated Services and Protocols

The Interplay between Samba and UCS

In general, OpenLDAP being the directory service in UCS is the core element that must exist in each UCS domain. 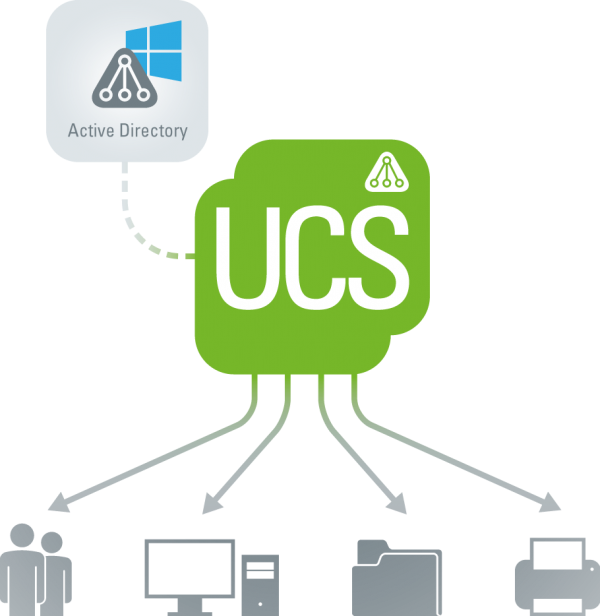 With the app Active Directory-compatible Domain Controller from the Univention App Center, UCS also offers the possibility to run an Active Directory domain via the Samba software suite.

The Univention S4-Connector developed by us synchronizes here all relevant information between the OpenLDAP directory service and the Samba directory service. This interaction makes UCS ideal for unifying the Windows and Linux / Unix world in a single domain network.

The Federal Office for Radiation Protection in Germany, for example, has been using UCS and Samba for years to fully benefit from the advantages of the Linux servers used while the institute’s employees can work with Windows services and clients at their various sites.

We would be pleased to have given you a good insight into the tasks of the directory services Samba and Microsoft Active Directory. If you want to know more about how you can easily combine Microsoft and Linux-based applications in your IT environment with UCS and Samba, please contact us.

To give you further insights into this topic, we recommend the following articles or video tutorials: